We at Iftach Hanan & Co. specialize in handling cases of barred entry to Israel. Our team of lawyers with vast experience provides fast and efficient solutions for such cases.

The law regarding entering the State of Israel, dated from 1952 (hereinafter the above- mentioned-law), is the unique statutory source of authority regarding entry to Israel.  An Israeli citizen can enter Israel with no visa required. A non-Israeli citizen will be able to enter and stay in Israel according to the regulations and conditions stated in the above-mentioned law. The Ministry of Interior and its extensions have a vast authority while applying the above-mentioned law.

According to the above-mentioned law, border control as well as the Minister of Interior himself and his subordinates at the Ministry all have the right to deny entry to a person who has no visa or a person regarding whom it has been decided that he or she is not entitled to an entry visa at the time he or she wishes to enter.

If for any reason, it has been decided that a person who wishes to enter Israel is not entitled to do so, the border control officer can detain said person until further verifications are made or until said person has left Israel.

If it has been decided that a person is not entitled to enter the State of Israel, the border control officer has two courses of action possible.

The first one is to detain said person at Ben Gurion Airport in a special space designated for all denied entry cases and which is under the authority of the border control.

The second possibility is to transfer said person, as a “denied entry” individual, to the holding facility in Ben Gurion Airport which is designated to hold denied entry cases and expulsion cases until they leave the country.

Aside from being hurtful and humiliating, being denied entry to Israel holds a number of long-term consequences regarding the denied entry case for following years and might even affect said person’s ability to enter other countries such as the USA or western European countries.

Dealing with a denied entry situation immediately as it occurs will enable negotiation with the border control unit as well as with the Ministry of Interior. In some cases, it will be possible to annul a denied entry to Israel stamp, or the detaining of said person in a holding facility, or even to enable entry to Israel, depending on the facts of each and every case.

When dealing with a detained or denied entry case, it is recommended to consult immediately with an attorney who specializes in immigration law in Israel, in order to achieve the best possible results. 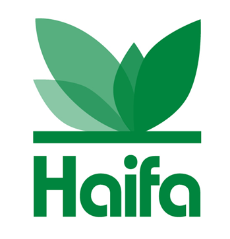 We have been working with the law firm of Iftach Hanan & Co. for some time in the field of applying for foreign expert work licenses in Israel. As a leading company in our field, we carry out many projects that require the purchase of advanced machinery and upgrading the production system in our factories on a regular basis, while utilizing the services of foreign experts.
From the moment we turned to Adv. Iftach Hanan, we realized that we were already in a different place- a sense of service, professionalism, availability, and providing an efficient and quick response to any problem, issuing work permits on tight schedules, and doing everything possible for the sake of the project. Real professionals, great job!

Elbit Systems - Cyclone Ltd., is engaged in the production and design of aerospace parts for the military and civilian market for the best aircraft manufacturers in the United States, and most of its activities are for defense exports.
I would like to thank you and the firm's staff for their fruitful cooperation, and for your thorough, efficient and professional service.
Your guidance in the process of applying for visas has proven itself, particularly against the background of COVID-19 and in light of the complexities involved both with the suppliers abroad and with the authorities in Israel. I enjoy working with you, especially because of the courtesy and sense of partnership for which I am grateful.

For about two years, our company has been using the services of the Iftach Hanan & Co. law firm for the purpose of applying for long-term and short-term foreign expert work permits.

In light of the complexity that currently exists with the authorities abroad and in Israel regarding the issuing of work permits and the immigration of foreign experts, Iftach Hanan's services have proven themselves more than once to be professional, courteous and fast.

Therefore, I would like to thank Iftach and his dedicated employees for the availability, personal attention, and accompanying services pertaining to the above.

We at Coral Energy provide services to a large number of Israeli and international companies.

In recent years, we have been working together with the Iftach Hanan & Co. law firm, which specializes in applying for work permits and work visas for foreign experts who wish to work in Israel.

Adv. Iftach Hanan and the staff in his firm are well versed in immigration law to Israel and in the field of commercial immigration in particular. Their services include responsiveness at any hour of the day, efficient and fast work, and quick and efficient problem-solving.

Throughout our time working together, Iftach and his team have proven their integrity and reliability, professionalism, willingness to work non-routine hours, and impressive results.

We strongly recommend that you contact the Iftach Hanan & Co. law firm when dealing with immigration issues and applying for work permits and work visas for foreign experts and workers.